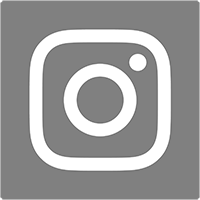 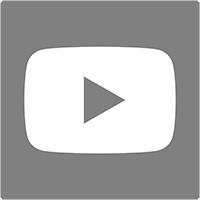 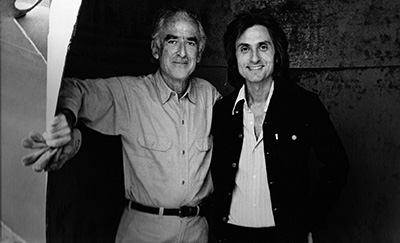 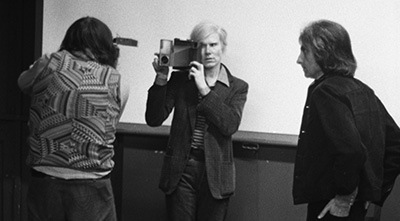 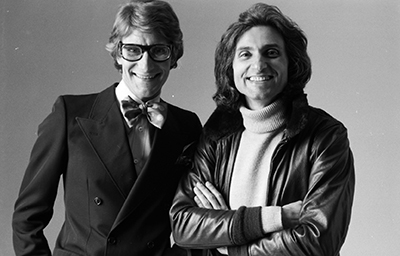 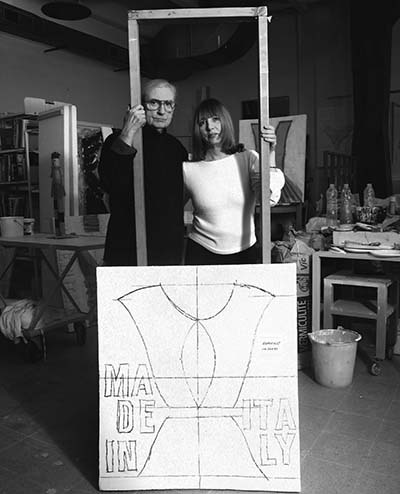 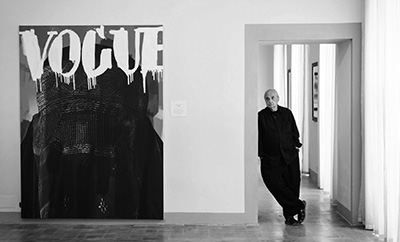 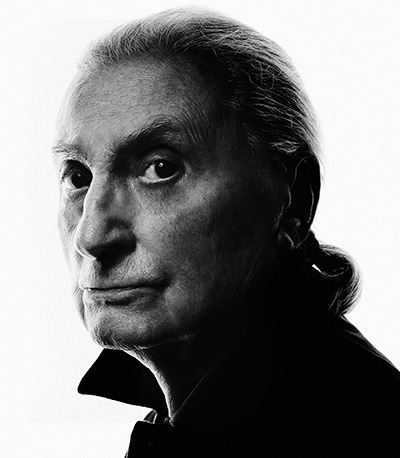 Flavio Lucchini was born in Curtatone (Mantua) in 1928. He attended the Faculty of Architecture in Venice, the Milan Polytechnic and later the Brera Arts Academy. From 1960 he works as graphic designer, distinguishing himself with his avant-garde work. Called by the Corriere della Sera he designs “Amica” magazine in 1962. In 1965, on behalf of Condè Nast, he launches Vogue Italia and creates all the new magazines of the group (L’Uomo Vogue, Casa Vogue, Vogue Bambini, Lei-Glamour etc.) until 1979. In 1967, together with Giancarlo Iliprandi, Horst Blachian, Pino Tovaglia and Till Neuburg, he founded the Art Directors Club of Milan. He returned in 1980 to Corriere della Sera and founded in partnership with the Rizzoli / Corriere della Sera Edimoda, the first Italian publishing group specialized in high-target fashion publications. He created Donna, Mondo Uomo, Moda and other magazines that have influenced the content and the aesthetics of women’s magazines of the past decade. He is the most influential character in fashion editing, a talent scout that discovers and supports many young artists that will become stylists, photographers and successful journalists.
In 1983 he founded in Milan together with his wife Gisella Borioli Superstudio 13, the first centre for photography and image, adding, in 2000, Superstudio Più, the largest hub dedicated to fashion, art, design and communication and lastly in 2021 Superstudio Maxi hyper-technological and completely eco-sustainable center for events.
In 1993 he is called back to be the head of Condè Nast Italy, role that he accepts but just as temporary consultant in order to dedicate himself entirely to his life long passion. Leaving all his important commissions he deepens his research and explores the relationships between art and fashion. For years he works totally reserved, experimenting with technique and materials, accumulating works especially sculptures and bass-relief, of great pathos and with an ever-present sense of irony. “I move from classicism and new pop, in a sort of direct line between Canova and Jeff Koons. I’m interested in mystery, the magic of fashion, to glorify it and at the same time to desecrate it”. After a long career as art director under the spotlights, an artist that backs away from any public appearance and isolates himself in his atelier.
Only after fifteen years of artistic career does he accept to participate in an exhibition.  In 2004 he publishes the book “Dress-Art”, a life in fashion. In 2010 “From Fashion to Art: the Vogue Lesson” curated by Luca Beatrice, Edizioni Skira.
In 2008 he won the Arte Laguna Special Prize for the sculpture. In 2011 he is invited to The Biennale di Venezia, Italian Pavillon, Regione Lombardia, curated by Vittorio Sgarbi. In 2012 he exhibits more than one hundred works in the anthological and institutional exhibition “On the dream of the body ‘living’” at the Palazzo Ducale, Sabbioneta (Mantua). He has participated in numerous solo and group exhibitions in Italy and abroad.
In 2018 a great gala evening is organized at the Triennale Milano, to celebrate Lucchini's 90th birthday, with the preview of “La Moda in altro modo”, video-report on the golden years of Italian fashion in which Lucchini has been protagonist (with the contribution of Oliviero Toscani and Giovanni Gastel) and with an installation of Lucchini sculptures.
Also in 2018 he published "Cahier", an artist's booklet signed and numbered in a limited edition of 100 copies, with original drawings inspired by the collections of Armani, Gigli, Versace of the early 90's and "Il Destino", an autobiographical book on fashion and the experience of art in 90 memories.
In 2021 the new Flavio LucchiniArt Museum opens to the public permanently, at Superstudio Più, with its atelier and an impressive archive of over 500 works, many of which are never seen before, all to be discovered and rediscovered.
He lives between Milan and Dubai, a city that has inspired highly topical digital works including the Burqa and Skyscrapers.

His artistic path unfolds from the Circus -Fashion Lunapark high-reliefs of the early 90s, iconic and exaggerated to Toys (1993/95), irregular cubes in color-lacquered iron or cor-ten steel, casually arranged to represent figures and dressed as if they were constructions of children, to urban Totems, of iron, steel, cast iron, silver, even in large dimensions for outdoor spaces. With the Gold, sculptures in gilded bronze or covered with gold leaf, he creates small pagan idols, a tribute to the mythical clothes of our times while the long series of Dress-Memories, in white lacquered resin, hypothesizes indestructible traces of fashion, a sort of archeology of the dress that emerges from matter, as finds of a time that was. Ghosts and large Haute Couture sculptures are traces of unforgettable clothes.
Then the register changes, Lucchini gets closer and closer to pop aesthetics, to toys. Observe the teen-agers who are still children but already women, with their navels in sight and the codes of their tribes: here are the Dolls, playful sculptures, naive and cheeky, ironic and colorful girls of our times, here are the Marshmallows, sugary works, dolls and puppets with a childlike touch, and the large imaginary Flowers. The Faces, women's faces, the features that change with the light, are a reflection on the different identities and on the cosmetic surgery that makes all the same. Beyond fashion: attentive to social phenomena, Lucchini reinterprets in his own way the dress that pierces the past, from afar and is penetrating deeply into the present and into the Western world. The Burqas, digital works and sculptures reflect on the denied woman, on the irrepressible desire to be themselves, even using a provocative language, the codes of fashion and advertising. Lucchini's research continues between the sacred and the profane, with a digital reinterpretation of the most famous religious-themed works of the past contaminated by today's icons and behaviors.
Last chapter, he uses the augmented reality to make his monumental sculptures appear anywhere in the world with the use of the smartphone.